A large septic system replacement for a lakefront community.  Work included a new leach field, replacement of some of the existing tanks, and associated site work and landscaping.

This project involved the replacement of a Leach field and addition of septic tanks for a large seasonal lakefront community.  The community has a total of five systems which service over 400 Sites.  This system happens to be the largest and most difficult of a location and the contributing facilities.  This portion in addition to servicing a number of homes also services the snack bar, community center, arcade, and two apartments.  The existing system was under the paved roadway and was collapsing in multiple locations.  Also, some of the existing tanks were undersized and required replacement to meet the needs of the facility.  Finally, as it is a seasonal location, work needed to happen outside of the peak summer season.

Issue: The summer is the busiest season for the Park
Solution: With the quietest time for the park being December through April work was planned to happen during these months.

Issue: Groundwater was very high in the area of the new tanks and the excavations were very close to adjacent buildings.
Solution: To avoid dangers to our employees and the customer’s buildings we utilized sheetpile to stabilize the excavations for the tanks. 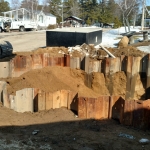 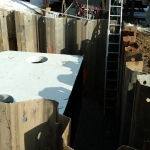 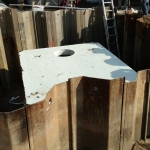 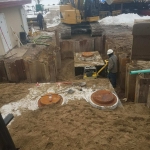 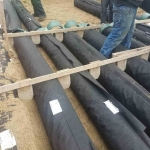 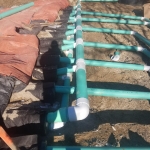 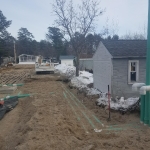 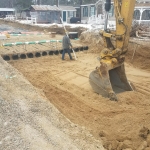 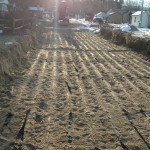 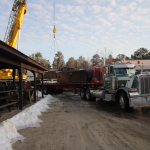 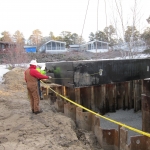 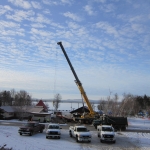 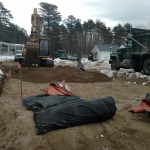 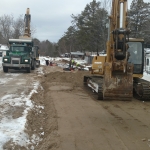 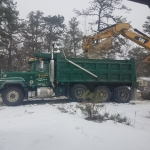 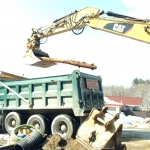 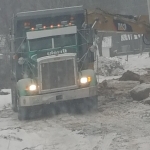