This Project was developed to correct drainage and subsurface conditions in a retirement community.  The work involved reclaiming the asphalt parking lot and driveways and amendment of the reclaim to provide a proper base.  Additionally, due to low permeable soils, underdrains were installed to facilitate draining the water away from the base of the parking and driveway areas.

The existing driveway and parking areas were in varying states of failure.  In some cases severe ruts in the pavement had developed from a subgrade that was not draining.  The best solution that was developed initially was full reconstruction of all of the paved surfaces.  This was deemed to expensive and reclamation of the existing roadway with amendments added was deemed the most cost effective solution to the problems.

Issue: Areas of the site which were not intended to have underdrain were found to have high water tables due to the low permeability of the existing materials.
Solution: Underdrain was added in these areas to better drain the area and extend the usable life of the project.

Issue: The existing dumpster pad was in multiple pieces due to improper design thickness and lack of reinforcing steel.
Solution: A new dumpster pad was constructed which meets the needs and use. 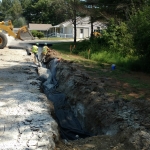 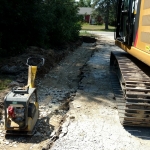 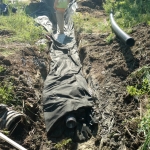 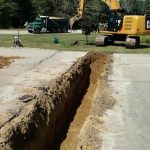 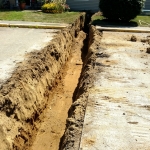 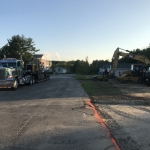 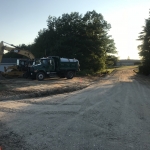 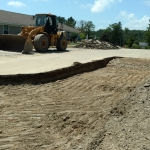 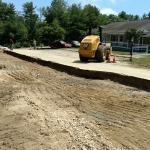