The Project involved the removal of the existing bridge and associated infrastructure. Once this was completed a Precast Ridged Frame bridge was installed. In addition to the bridge, the bridge approaches were repaired and regraded. Part of the bridge approach repair included road reconstruction and drainage. With very detailed sequencing the stream bed was restored during the installation of the bridge so as to allow for continued bypassing of the stream through the work site.

The existing bridge was on the State of New Hampshire Red List. To bring the bridge off of the Red List required complete reconstruction. The project was 80% funded by the NH DOT through the state Bridge Aid Program. The existing steel beam, concrete deck and abutment bridge was structurally deficient. The bridge being quite rural, should it have failed would have been an extreme hindrance to the residence who use it everyday.

Issue: Minimize closure of the bridge to as short of a time frame as possible.
Solution: The bridge was closed for only 5 weeks during the construction.
Issue: Limit disturbance to as small of a footprint as possible.
Solution: Only trees and rocks that were absolutely necessary to remove were disturbed. Several trees were worked around to maintain the natural, aged look of the stream area. 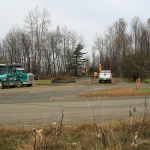 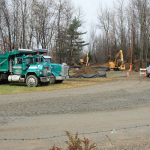 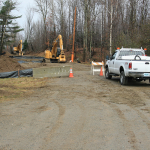 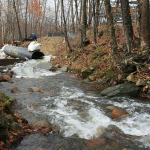 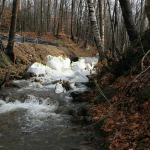 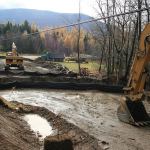 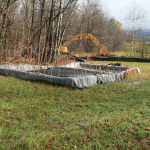 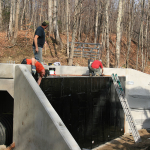 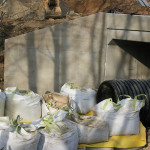 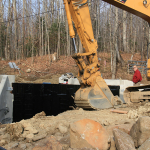 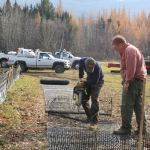 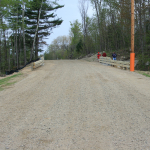 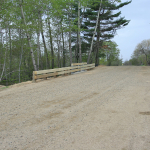 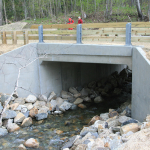 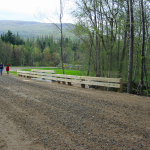