G. W. Brooks and Son, Inc. is centrally located in Freedom, NH. With our location we have great access throughout the Mount Washington Valley, the Lakes Region, and beyond. With 3 generations of the family working together and meshing the old yankee ingenuity with current technology we have transitioned into the 21st Century with an eye to the future and a memory of the past. 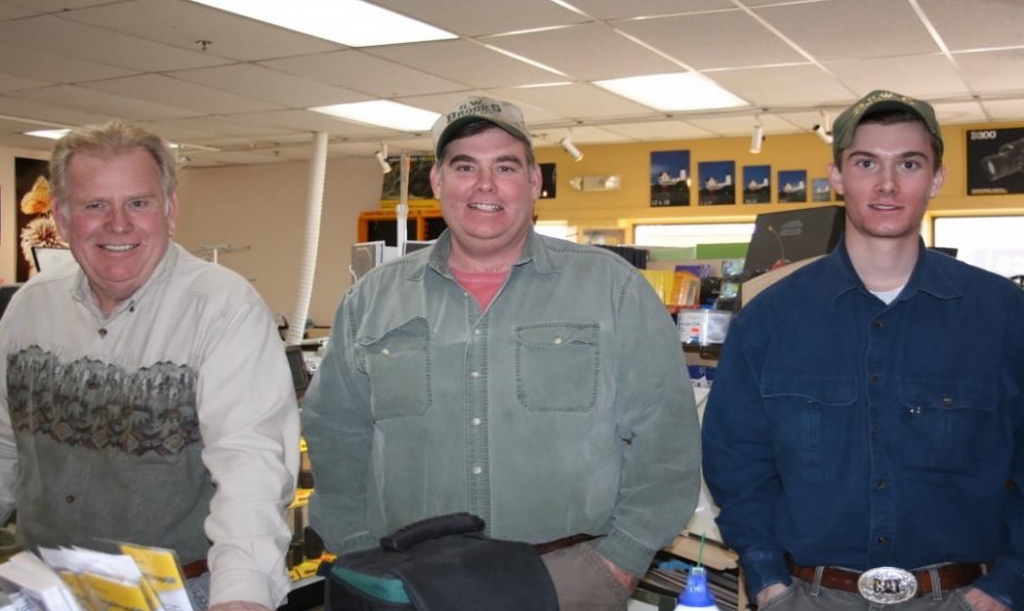 G. Wendell BrooksFounder
Wendell had more than 60 years of experience in the construction industry. Wendell started the company with a backhoe and hard work ethics. He strived every day to pass along his experience to all employees and customers alike. In his spare time he enjoyed hunting and fishing and spending time with his family. While directing the company over the years he had also served his community as the Fire Chief, first president of the Ossipee Valley Mutual Aid, member of the Freedom Planning Board, and Road Agent for Freedom.
Scott Brooks, Jr.President and Site Supervisor
Scott studied Civil Technology and Business Management at the Thompson School at UNH where he graduated with his Associates Degree. He is a skilled equipment operator and the lead operator of the company’s total station surveying equipment. In his spare time he enjoys hunting and in the winter time he competitively races in the Lakes Region Ice Racing Club in Moultonborough, NH.
David CribbieEstimator and Project Manager
Dave’s background is from the commercial and municipal landscaping field. He has an Associates Degree from the Stockbridge School at UMASS Amherst in Horticulture and a Bachelors Degree from UMASS Amherst in Forestry. His focus is on business development and managing contracts. In his spare time he enjoys spending time in the woods four wheeling or hiking. In addition to working for G. W. Brooks and Son, Inc. he is also the Deputy Chief of the Madison Fire Rescue Department.

Wendell Brooks started the company in 1963 as one man and a rubber tired backhoe loader, using the back hoe loader to install small additions to homes, water lines, septic systems, and filling other needs of the community. In the early years Wendell would hire trucks and men as needed through the season.

In 1966 Wendell purchased his first dump truck to further the companies capabilities. At this time Wendell also hired his first fulltime year round employees.

In 1973 the business was continuing the expansion with the purchase of a second dump truck and continued increases in employees for the larger residential jobs being undertaken. At this time the company was also beginning to undertaken projects for small commercial development, local towns, and the State of New Hampshire Department of Transportation.

In 1980 Scott N. Brooks Sr. came into the business working full time for the company. Growing up in the business and previously working summers, Scott had learned a lot about the business. At the young age of 18 he was able to oversee jobs and carry the jobs through to completion.

In the 1980s the company further expanded their project scope to include larger size projects for the State of NH DOT, The Federal Forest in the White Mountains National Forest, and continuing the work on local homeowner’s, business owner’s, and general contractor’s projects locally.

In 1988 the business was incorporated as G. W. Brooks and Son, Inc. With the new incorporation and increased business the company expanded beyond the capacity of the previous location. A new 25 acre parcel was chosen to relocate to and build a new maintenance facility for the equipment and a new office to continue to provide the services that customers had come to expect.

In the 2000s the company expanded the project scope to working on large scale municipal and commercial projects. With the undertaking of 2 school sites and a courthouse all at the same time the company proved their capabilities and commitment to providing quality services on a tight timeframe.

Today with the help of Wendell’s grandson Scott N. Brooks Jr. the company is continuing their commitment to advancing with the latest technology and with that the company has purchased a total station for project layout.

With G. W. Brooks and Son, Inc. we have grown great relationships with engineers, municipalities, and state officials ranging from the Seacoast to the Great North Woods of New Hampshire. With our commitment to the owners to provide a quality finished product our work speaks for itself.

The Brooks Family has lived in Freedom for 10 Generations. As part of the the community G. W. Brooks and Son, Inc. gives back whenever possible to continue to provide for a great town that has a great history. If you are associated with a local non-profit or other community group please let us know if we can be of assistance with your community event.